Events » 🌹"We Called It A Work Holiday": The 1946 Oakland General Strike

🌹"We Called It A Work Holiday": The 1946 Oakland General Strike 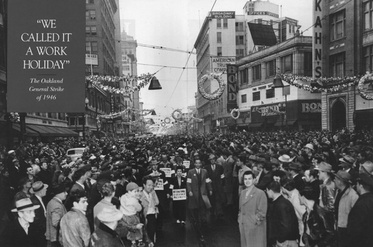 Celebrate the 75th anniversary of the most recent city-wide general strike in American history! Nearly the entire working class of Oakland withheld their labor December 3 - 5, 1946, in support of striking women in downtown department stores, and in protest of police brutality on picket lines. The Oakland General Strike was the sixth and last city-wide general strike in the year after the end of World War II. What were its root causes? How was it organized? How did it turn out? Could something like it happen again?

EBDSA member Fred Glass teaches labor history at City College of San Francisco. He has written about the Oakland General Strike, made a film about it, and helped design the exhibit for the fiftieth anniversary at the Oakland Museum of California in 1996. In other words, he has been obsessed with it ever since he found out it happened and would like to share his obsession with you.

You must show a vaccination card at the door! 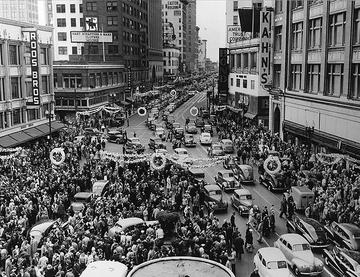