Last Saturday, 160 people took part in East Bay DSA's Single-Payer Healthcare Campaign Kickoff event in Oakland. Our goal was to mobilize support for The Healthy California Act, or SB 562, a single-payer healthcare bill that would provide comprehensive medical coverage to all Californians, including undocumented immigrants.

Learn more about our single-payer healthcare campaign, the issue, and our organizing efforts.

Just moments after Democratic National Committee (DNC) delegates voted to elect Tom Perez DNC Chair, snubbing progressive populist challenger Keith Ellison, East Bay DSA co-chair Jeremy Gong, in his address to the volunteers, said, "If Democrats ran on single-payer, they wouldn't lose an election for a generation." Jeremy went on to describe the event as more than a campaign launch: "We're building people power," he said, "to push Democrats" towards popular, redistributive, or even socialist politics, "or to replace them and do it ourselves."

People power was in full effect among the 14 canvass captains that each led a team of about 10 first-time canvassers. Many of the captains themselves were were first-time canvassers just two weeks ago, and cut their teeth at our smaller canvass training event. Along with East Bay DSA leaders Ari Marcantonio and Mary Virginia Watson, the captains coached teams of volunteers through first-timer anxieties and prepared everyone to feel confident knocking on doors and communicating about an alternative to the current, brutal American health insurance system. Before fanning out across Oakland and Berkeley, Mary Virginia led the group in a chant that built into a storm of almost 200 voices in unison: "Single-payer is our fight! Healthcare is a human right!" 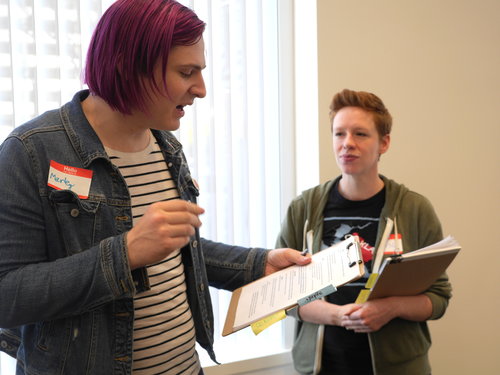 Our neighbors heard the message loud and clear. Nearly 600 people signed our pledge to support the Healthy California Act after talking to DSA canvassers. Again and again, we heard the same concerns: exorbitant premiums and deductibles, high co-pays, and threats to the Affordable Care Act. Those that were familiar with the single-payer model now know there's an urgent fight to join, and those who'd never heard of single payer, know there's a sane and humane alternative to commodified health insurance, and they know the reason why it's denied to us.

After canvassing and rehashing our experiences back at the California Nurses Association, the fun and fellowship continued at Telegraph Beer Garden. DSA comrades partied until late in the night, building solidarity (and liquor tolerance) (or not). If you weren't able to make it to our kickoff canvas, never fear: we'll be holding many more events, and we'll need your passion and participation to make single-payer healthcare a reality for all Californians. Watch your inbox for updates. We look forward to seeing you at the meetings and out in the streets! 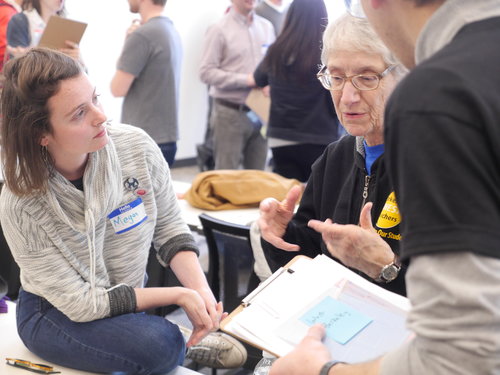