After receiving an eviction notice from greedy speculator landlord Community Fund, LLC on the window of her Richmond home of 54 years, 92-year-old Lela Madison, a retired nurse, is locked out and homeless.

Thanks to DSA-endorsed Assembly District 15 candidate Jovanka Beckles, hundreds of thousands know about Mrs. Madison’s plight. Her live video posted on Facebook, which has gone viral, shows a distraught Mrs. Madison sitting on her front stoop, locked out of the house she’s called home since 1960. Shortly before the video was recorded, Community Fund LLC had sent movers to remove all of Mrs. Madison's belongings from her home. Councilmember Beckles has called for direct action at the East Oakland office of Community Fund LLC, Mrs. Madison’s corporate landlord. 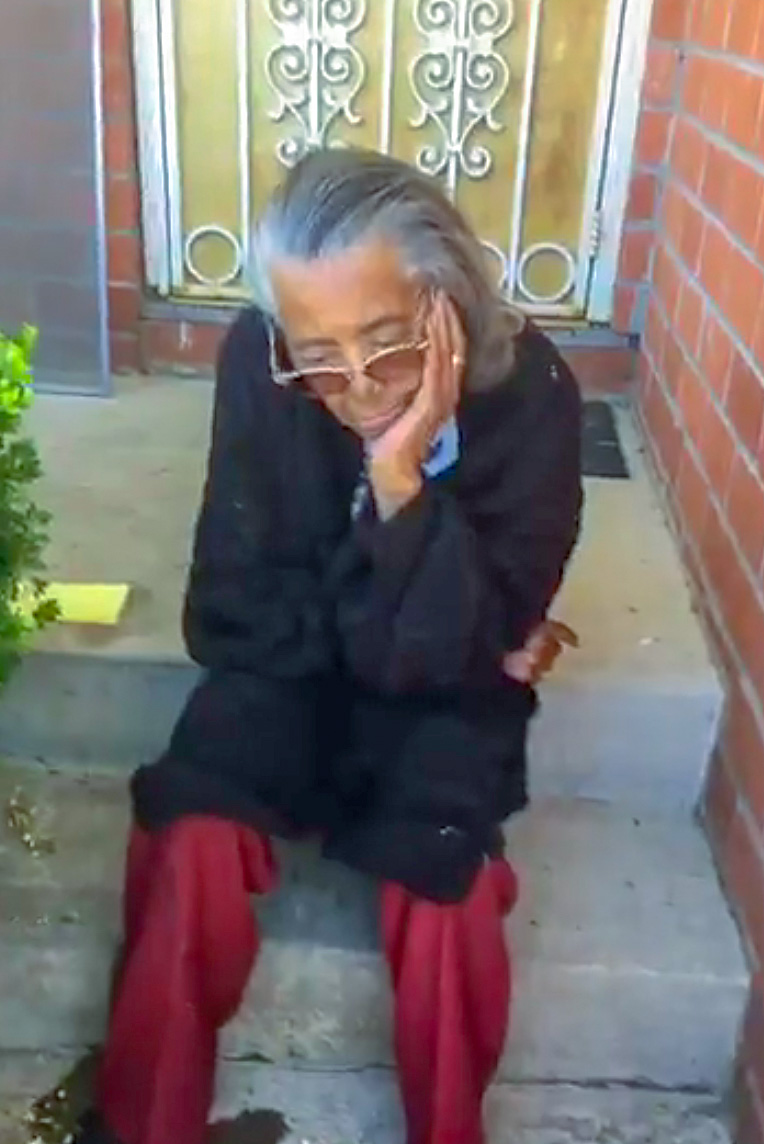 When Wells Fargo foreclosed on Mrs. Madison's home, one of the East Bay's largest landlords, Community Fund LLC, bought it up and became Mrs. Madison landlord. Community Fund LLC specializes in scooping up foreclosed single-family homes like hers, knowing that a restrictive state law known as Costa-Hawkins prevents cities like Richmond from protecting their occupants from unreasonable rents through comprehensive rent control ordinances.

Today's housing crisis stems directly from the fact that housing has become an investment commodity for profit-driven developers and housing speculators. This system preys on the most vulnerable in our communities, and drives corporate landlords and developers to manipulation. Case in point is the owner of Community Fund LLC, Michael Marr. Marr was recently convicted and sentenced for rigging bids at foreclosure auctions.

The truth is, Lela Madison would be sleeping in her own bed tonight were it not for the fact that big banks and speculators — and the politicians they pay for — see her house as a commodity and not as a home. Tragedies like this will continue to occur so long as our housing system is based on profit, with market prices determining who gets a home and who gets thrown out on the street. The only way we can fight predatory real estate interests, whether it's Wells Fargo and Community Fund LLC, the whole state real estate lobby, or Mnuchin and Trump, is if we stand together to demand that human needs like housing be decommodified and taken off the market. Jovanka Beckles is ready to fight alongside Lela Madison and she's ready to stand with us to repeal Costa-Hawkins and pave the way for universal rent control.

In addition to rent control, we demand the construction of beautiful social housing that meets the needs of everyone in our community. Houses should be built for people to live in, not as a profit vehicle for wealthy developers and landlords to further enrich themselves.

For now, Mrs. Madison needs our help and you can contribute to her GoFundMe created by Councilmember Beckles here. As you do, ask yourself, what kind of housing system leaves retired workers like her locked out of her own home and dependent on contributions from a GoFundMe to try to put their lives back together? 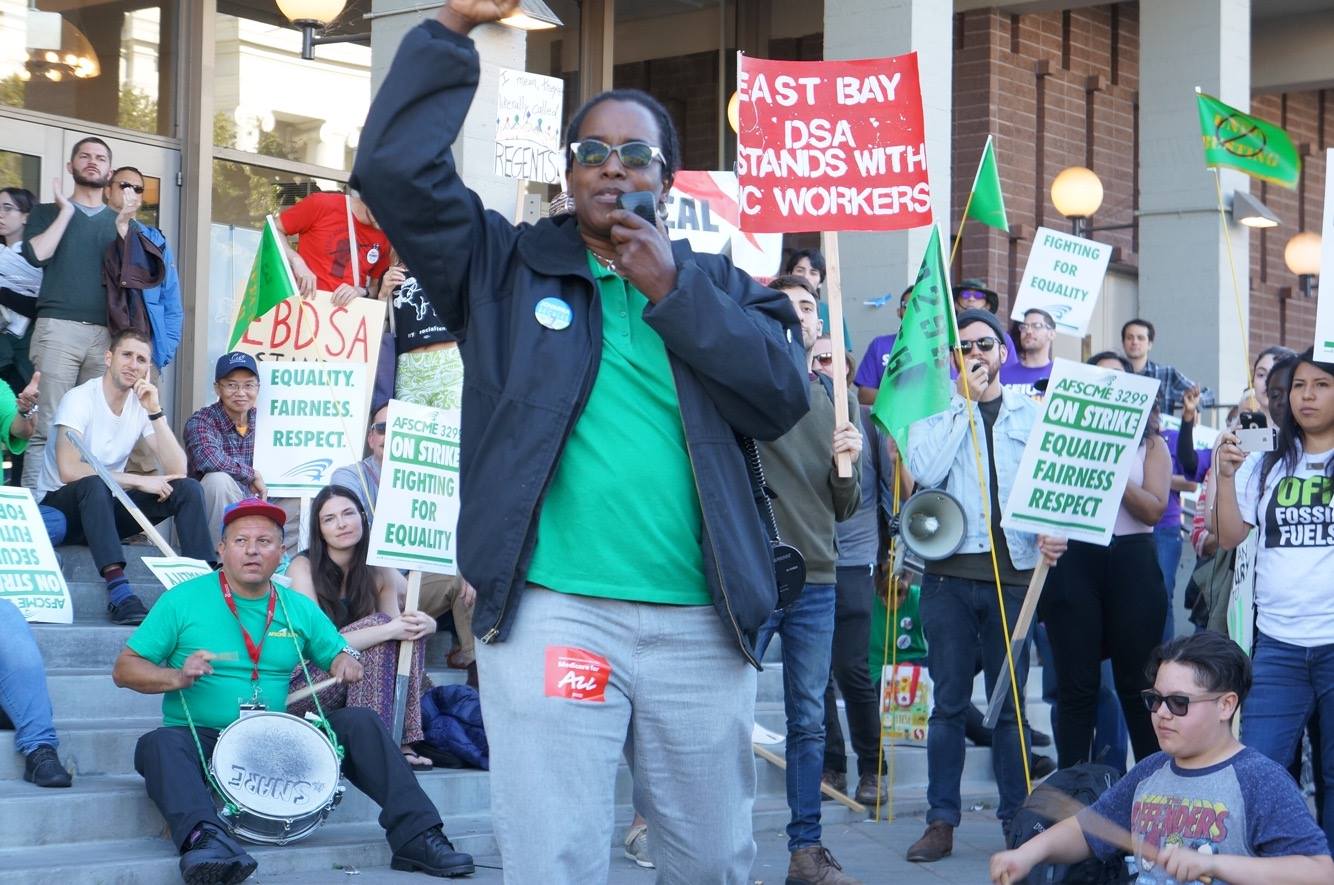 Beckles is a Democratic Socialist and member of East Bay DSA who places people over profit, not only in the policies she supports but in the very DNA of her people-powered, corporate-free campaign for office.

As a sitting member of the Richmond City Council, she took on the California Apartment Association and passed the first rent control ordinance in California over 30 years. She supports the Affordable Housing Act, a November ballot measure for the full repeal of Costa-Hawkins. She has also worked to levy new taxes on the Chevron refinery in Richmond, funneling those resources into community and scholarship programs for Richmond residents. During her time on the city council she was also instrumental in passing a $15 minimum wage.

There could not be a stronger contrast to her opponent in the AD 15 race, Buffy Wicks, who has relied on wealthy donors to run the most expensive Assembly primary in California history. Wicks says she's for protecting tenants from evictions, but her platform focuses primarily on new housing developments and she opposes the Affordable Housing Act. Wicks accepts wealthy donor PAC money, including from PACs like Govern for California, a group supported by wealthy developers who have spent millions to oppose rent control initiatives locally and statewide. It’s no surprise that she is soft on protecting tenants, especially when those protections would come at the expense of her big money donors.

Beckles' base is real working people with real needs — for housing, healthcare, and education — that are not being met. She knows these needs cannot be met by profit-driven corporations trading our lives away on the market.