News » Why "Buffy the Bernie Slayer" Is Dangerous for California Politics

Why "Buffy the Bernie Slayer" Is Dangerous for California Politics 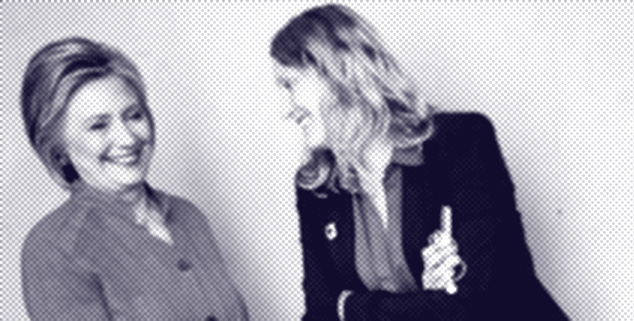 In the era of Trump, California must lead with politics for the many, not the few. Buffy Wicks' professional history shows she'll only lead us to the right.

The candidates competing in the California State Assembly District 15 race both bill themselves as progressive Democrats. But if you look past the rhetoric and into the histories of these candidates, a very different story emerges. Jovanka Beckles has long served the East Bay as a people's champion. Buffy Wicks has worked, by her own admission, to stamp out grassroots movements in favor of establishment politics, to the detriment of the whole country.

Jovanka Beckles is a democratic socialist and a two-term Richmond city councilmember. She taxed Chevron to the tune of $115 million, raised the city's minimum wage to $15 an hour, and "banned the box," preventing discrimination against formerly incarcerated people on housing and municipal job applications.

But while Jovanka was fighting corporate interests on behalf of the citizens of Richmond, her AD15 opponent Buffy Wicks was fighting Bernie Sanders and his millions of energized supporters as director of Hillary Clinton's California primary campaign. For her efforts, Buffy became known as "The Bernie Slayer," a name she still wears with pride. During the primary, she wrote supporters, "We need to be strong enough to take on Bernie's grassroots army and Donald Trump at the same time."

That year, Jovanka supported Bernie while Buffy did everything she could to stop him. This makes it difficult to believe her when she tells voters she's a progressive. A better name for her politics might be "establishment Democrat," which is what machine politician Willie Brown approvingly called her in a recent hit piece attacking left challengers within the party.

The history of the 2016 race is worth remembering. There is a strong case to be made that, had Bernie been the Democratic Party's nominee for president, he would have defeated Donald Trump. Before the election, he consistently defeated Trump in the polls, and usually led Trump by significantly larger margins than Hillary. Bernie appealed to precisely the sort of voters whom Clinton alienated. His post-election ratings as the most popular politician in America, and the massive popularity of his policies like Medicare for All, show that his performance in the polls was no fluke.

California’s primary came at a crucial point in the contest between Hillary and Bernie. Although Hillary was ahead in the delegate count at this time, Bernie still had a real shot at the nomination. His strategy required winning a majority of pledged delegates (delegates required to vote on the basis of state primary votes and caucus results) and convincing super-delegates who had already come out for Hillary to switch their votes to him. A win in California was essential to the success of this strategy and might have shifted the momentum in Bernie's favor.

But this win didn’t materialize for a number of reasons, Buffy Wicks chief among them. As director of Hillary's massively well funded primary in California, Buffy helped put the nail in the coffin (get it?) of Bernie’s insurgent presidential run. She approached her job with deadly seriousness: in a fundraising email on the eve of the vote, Buffy wrote, “We need to be strong enough to take on Bernie’s grassroots army and Donald Trump at the same time.” For Buffy the Bernie Slayer, beating back Bernie’s political revolution was just as crucial as defeating Donald Trump. Progressive leadership, indeed.

Buffy had the formidable political machine of the California Democratic Party establishment at her command, and the campaign exploited its many connections with state party elites. Across America, the Clinton campaign smeared Bernie relentlessly. The race was prematurely called for Hillary in the media before the polls even opened in California, in a move The New Yorker called "questionable."

Establishment operatives like Buffy ran similar campaigns for Hillary across the country. They all benefited from access to deep networks of powerful incumbents and wealthy donors, neither of whom stood to benefit from a grassroots Bernie revolution in the party. Buffy herself joined Hillary's campaign fresh off of running Priorities USA Action, one of the largest super PACs in history, which she helped transition from an Obama relic to a new type of PAC for Hillary. Of course, it shouldn't be news to anyone in AD15 that Buffy still has deep and troubling ties to super PACs. PACs have spent over $1 million supporting her this year. The billionaires and Republicans who control these massive PACs prefer Buffy's corporate-friendly stances (like opposition to rent control and openness to school privatization) to Jovanka’s anti-corporate, pro-worker platform.

The California victory more or less guaranteed Hillary the nomination. During the general election season, Hillary’s campaign adopted the strange approach of focusing resources on states she didn't need to win and neglecting critical states like Wisconsin and Michigan. She went on to lose the general election to the least popular presidential candidate in our country's polling history.

It would be a stretch to pin the blame for Trump on Buffy Wicks alone. But it can't be denied that she's played an active role as part of a destructive force in American politics: the coterie of well-connected politicians, operatives, and ultrarich donors who make up the Democratic Party establishment. Even Buffy’s defenders—like the scandal-ridden former San Francisco mayor, Willie Brown—proclaim proudly that she is a member of the establishment. This is the establishment that rallied behind Hillary, her neoliberal policy record, and her bloodless approach to politics—all despite the greater popularity of Bernie's robust social democratic proposals and class struggle message. We are now living with the tragic results of choices made by Buffy and her elite entourage.

California AD 15 voters have a clear choice on November 6. They could vote for a corporate-backed establishment politico, who fought to defeat Bernie and helped deliver our government into the control of a billionaire huckster and the increasingly deranged GOP. Or they could vote for Jovanka Beckles, a real progressive and a champion of Bernie’s unfinished political revolution.