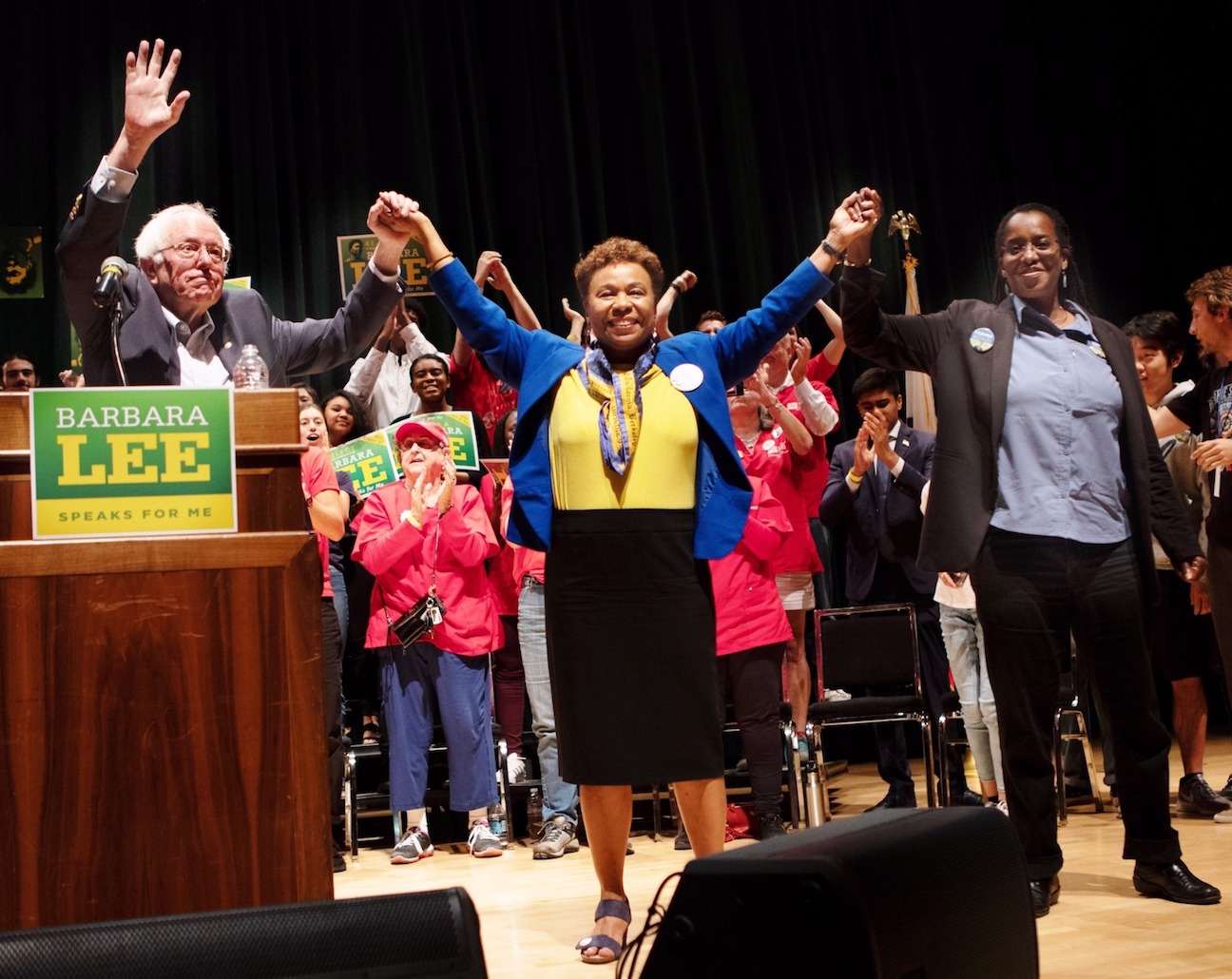 When Bernie Sanders visited Berkeley on Saturday for a rowdy, packed Get Out the Vote rally with Barbara Lee and Jovanka Beckles, and then endorsed Beckles for the AD15 race on Monday, it wasn’t just a momentous day in local politics — Sanders’ carefully calibrated political decisions were the latest volley in a brutal war between two factions of the Democratic party.

In some ways, the AD15 race has felt like a rematch between Sanders and Hillary Clinton. Beckles’ opponent, Buffy Wicks, worked on Hillary Clinton’s campaign in 2016 and is running as the big-money, corporate Democrat heel against Beckles’ grassroots democratic socialist campaign. However, the contest between Beckles and Wicks can also be read as a new front in a different war within the Democratic Party: the quieter but equally important conflict between Sanders, who shares a political vision with Beckles, and former President Barack Obama, whose politics Wicks has devoted much of her career to advancing.

The deep political differences between Sanders and Obama, and the stakes of this conflict for America, are clear in their contrasting approaches to our current president. Sanders’ fiery criticisms of Trump position the president as a logical outcome of our rigged economic system, while Obama appeals to nostalgia for an imagined world of bipartisan respectability, as though the current administration is a vulgar anomaly in an otherwise reasonable political system. Sanders has been one of the most outspoken and persistent critics of Trump and the GOP. But he has combined his harsh criticism of the president with broadsides against rapacious corporations and billionaires like Jeff Bezos, and popular demands like Medicare for All, free public college, and a $15 minimum wage. Sanders’ vision for resisting Trump combines class struggle demands and rhetoric with principled opposition to GOP bigotry and hatred, to mobilize broad sections of the working class.

Obama, on the other hand, has remained largely silent since Trump’s inauguration. Not long after leaving the office, the former president received over $1 million for giving speeches to Wall Street firms and was photographed vacationing in the Caribbean with billionaire Richard Branson. When Obama does publicly criticize Trump, what he offers is standard liberal fare: appealing to both sides of the aisle, calling for “restoration of honesty and decency and lawfulness,” and reminding people to vote. This, despite the fact that Clinton ran on a campaign questioning Trump’s honesty and decency, attempting to win over high-minded Republican voters.

Given Obama’s tenure as president, these differences in approach shouldn’t be surprising. In 2008, Obama presented himself as the progressive candidate of hope and change. But his two terms in office showed him to be a standard-issue neoliberal Democrat. Obama filled his cabinet with officials from the banks that caused the 2008 financial crisis and fierce supporters of militaristic foreign policy. Despite having large majorities in both houses of Congress and a popular mandate for radical change, Obama did not demand that Wall Street be held accountable, nor did he fight for the kind of public investment needed to prop up the living standards of working people. He did spearhead an overhaul of the healthcare system, expanding insurance to many previously uninsured Americans. But he refused to agitate for a single-payer system, or even a public option. The end-product was a confusing, unstable, and unpopular market-based system, which still left nearly 30 million people uninsured and another 31 million underinsured.

Wicks is a longtime Obama insider. She worked on Obama’s 2008 campaign, and later on his White House staff. In 2010 she worked as campaign manager for former Obama chief of staff Rahm Emanuel in his run for Chicago mayor; as mayor, Emanuel launched an all-out assault on the city’s public schools and attempted to cover up the murder of Laquan McDonald at the hands of Chicago police. Wicks has received Obama’s endorsement, as well as the public support of Obama’s chief campaign strategist David Axelrod. (On Twitter, Axelrod scolded members of East Bay DSA for revealing that one of the largest pro-Wicks PACs is overseen by Ashlee Titus, a member of the far-right Federalist Society and a Brett Kavanaugh supporter.)

While Wicks worked for Obama and Emanuel, Beckles served on the Richmond City Council. Beckles and other members of the Richmond Progressive Alliance showed what kind of damage Sanders-style populist politics can do to the capitalist class. The RPA destroyed the stranglehold Chevron, the owner of a large oil refinery in the city, long held over the town’s politics. The RPA raised taxes on Chevron, bringing in $115 million in new revenue. They also established a $15/hour minimum wage and "banned the box," preventing discrimination against formerly incarcerated people on housing and municipal job applications. These accomplishments show the huge wins that are possible when progressives mobilize working people against corporations and in pursuit of their material interests -- exactly the type of politics Sanders and a wave of Sanders-inspired candidates could run on in 2020.

In her deep ties to the wealthy and the political establishment, her incrementalism, and her faith in market “solutions” that transfer wealth upward without alleviating the suffering of working people, Wicks embodies the bloodless and narrow political imagination of her former boss. Beckles, on the other hand, is a partisan of Sanders’ vibrant political revolution. She wants a world where working people hold wealth and power, and she’s already fought for it in Richmond.

In our moment of escalating political crisis, it is worth asking which of these very different political approaches could mount a real opposition to Trump from Sacramento. Resistance to Trump will not be waged by market-loving, billionaire-funded party insiders, who cozy up to school privatizers and real estate developers. Arguably, these politicians laid the groundwork for Trump’s victory in the first place. Building an effective opposition requires electing politicians who will challenge the power of billionaires and corporations, and who will fight for the interests of the working class.