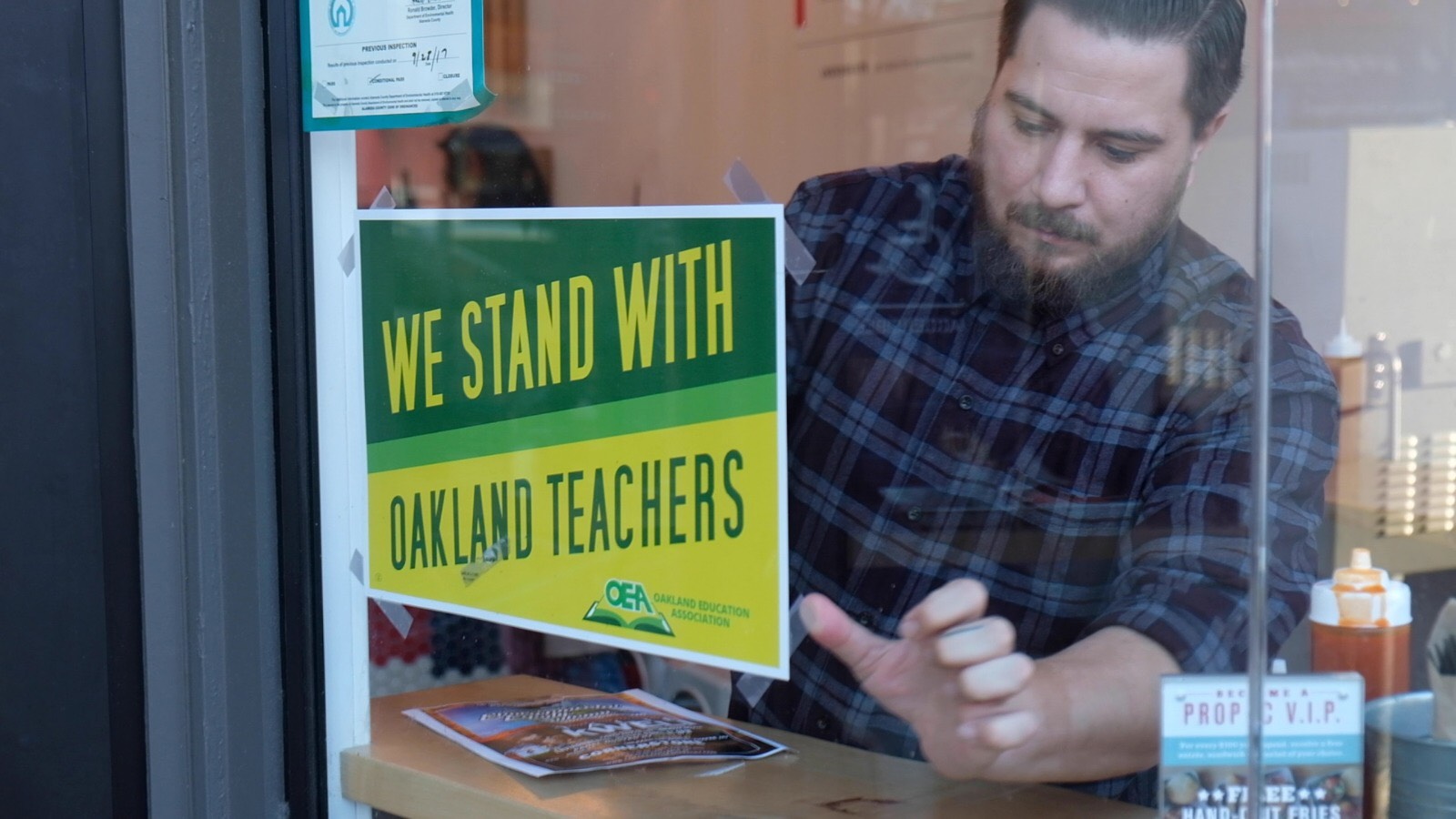 At the October General Meeting, the membership of East Bay DSA voted overwhelmingly to support the Oakland Educators Association in their contract fight, which is heading toward a possible strike in early 2019.

On Saturday, December 8, members from East Bay DSA joined teachers from Oakland Education Association (OEA)’s to reach out to Oakland businesses for support.

A total of forty-five teachers, DSA members, and community supporters came out to canvass on a gray chilly day, with roughly half of those canvassing being OEA teachers. OEA has been canvassing in neighborhoods across Oakland, building community support ahead of their potential strike, and East Bay DSA has been helping OEA get the word out to Oakland parents and community members. We asked businesses along busy streets like International Blvd. in Fruitvale to put up signs saying “We Stand with Oakland Teachers” in Chinese, Spanish, English, and Vietnamese to build neighborhood awareness of the teachers’ struggle and show the school board that the community will side with the teachers in this fight.

Teachers spend most of their work day in the classroom, working independently from their fellow teachers. The resulting isolation can contribute to teachers feeling alone in their demands for better working conditions. Getting out and talking to Oaklanders about the situation in the Oakland Unified School District, or even just seeing window signs in support of Oakland teachers, can go a long way to boosting the morale of Oakland teachers and strengthening their resolve as they head into tough negotiations with the district.

OEA is taking cues from the 2012 Chicago Teachers Union (CTU) strike, which built broad community support by linking teachers’ working conditions to students’ learning conditions and the broader neoliberal attack on public education. This approach was successfully deployed in this year’s teachers’ strike in West Virginia, which launched the current wave of militant teachers’ strikes in Arizona, Oklahoma, Colorado, Virginia, and now California, with United Teachers Los Angeles (UTLA) possibly going on strike at the same time as OEA.

The growing militancy within OEA led to a wildcat strike Monday at five Oakland schools. Teachers, who have been working without a contract since July 2017, took to the streets and marched downtown to demand a new, fair contract.