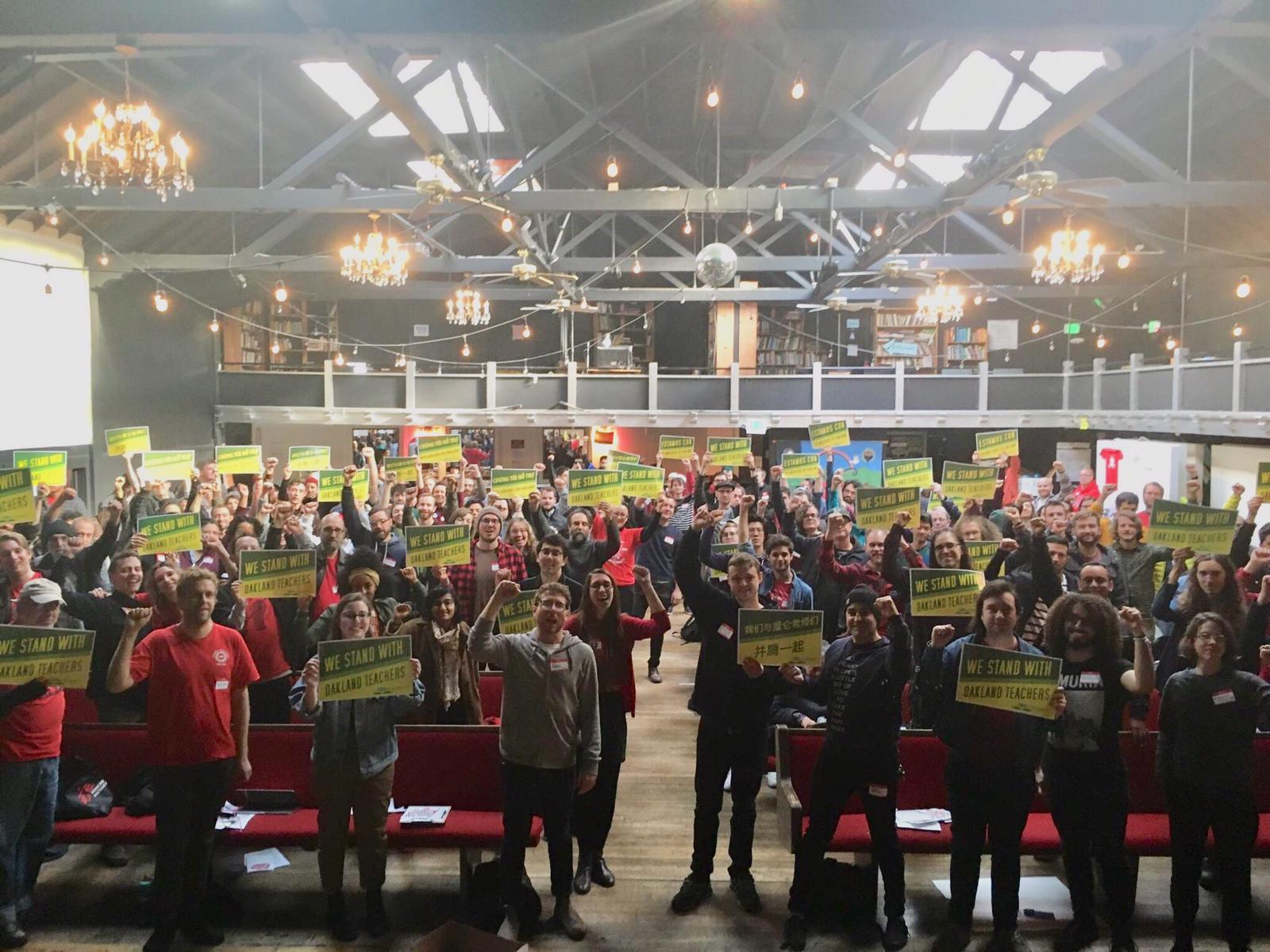 Oakland public school teachers have been working without a contract for more than a year. The Oakland Unified School District (OUSD) has repeatedly offered insulting deals to the teachers' union, Oakland Education Association (OEA): deals that include wages that amount to a pay cut with inflation factored in, no meaningful solution to the crisis of overcrowded classes, and no substantial increase in access to the social and mental health services that Oakland students need. Oakland teachers demand better than this for themselves and their students.

But the crisis goes much deeper than one contract cycle. The State of California and the representatives of OUSD, along with their billionaire backers, have been waging an all-out assault on public education and workers’ rights for several decades, as described in this article published by East Bay DSA.

Oakland’s school system has been systematically underfunded, over-policed, and mismanaged by the elites who control it. This mismanagement is not purely negligence; it’s a deliberate campaign to starve schools of resources and then use their “underperformance” as an excuse to convert them to charters, profiting the billionaire vultures who are behind the charter school movement.

This is a classic strategy of the elite ruling class: Use austerity budget cuts to defund public systems like healthcare, welfare, and education, causing working people to feel frustrated when the systems inevitably underperform. Then, they use that frustration as an excuse to put these social programs in private hands, for private profit.

After decades of austerity, Oakland teachers, students, parents, and community members are standing up and fighting back! OEA members are ready to take collective action—up to and including a strike—to win a living wage, smaller class sizes, and increased services for their students. And East Bay DSA is ready to go the distance in supporting the teachers in their struggle for a robust and equitable public education system in Oakland.

At our General Membership Meeting in October, East Bay DSA members voted unanimously to support the OEA in their contract fight, showing up for teachers and students in any way we can. Since the vote, DSA members have canvassed across Oakland alongside OEA members, talking to neighbors and business owners about how they can support the teachers’ contract fight, and distributing signs businesses can publicly display to support Oakland teachers in their struggle to win an OUSD for the many. We will also come out on Saturday, December 15th to show our solidarity with Oakland and Los Angeles teachers at the #RedForEd rally, followed by a canvass across North Oakland

As socialists, we know that it’s workers and our daily labor that makes every institution in our society work. If you want to know how to improve a workplace, ask the workers! Teachers know what our students need to really thrive: smaller class sizes, more art and music, teachers that are paid enough to actually live in the city that they teach, and better wraparound services like psychological, social, medical, and nutritional support.

In the coming months, East Bay DSA is committed to standing alongside the OEA in their fight. We will show up to canvass the community, turn out for public meetings, and mobilize our members to stand on the picket lines alongside the workers who make the district and the schools run. The union makes us strong!