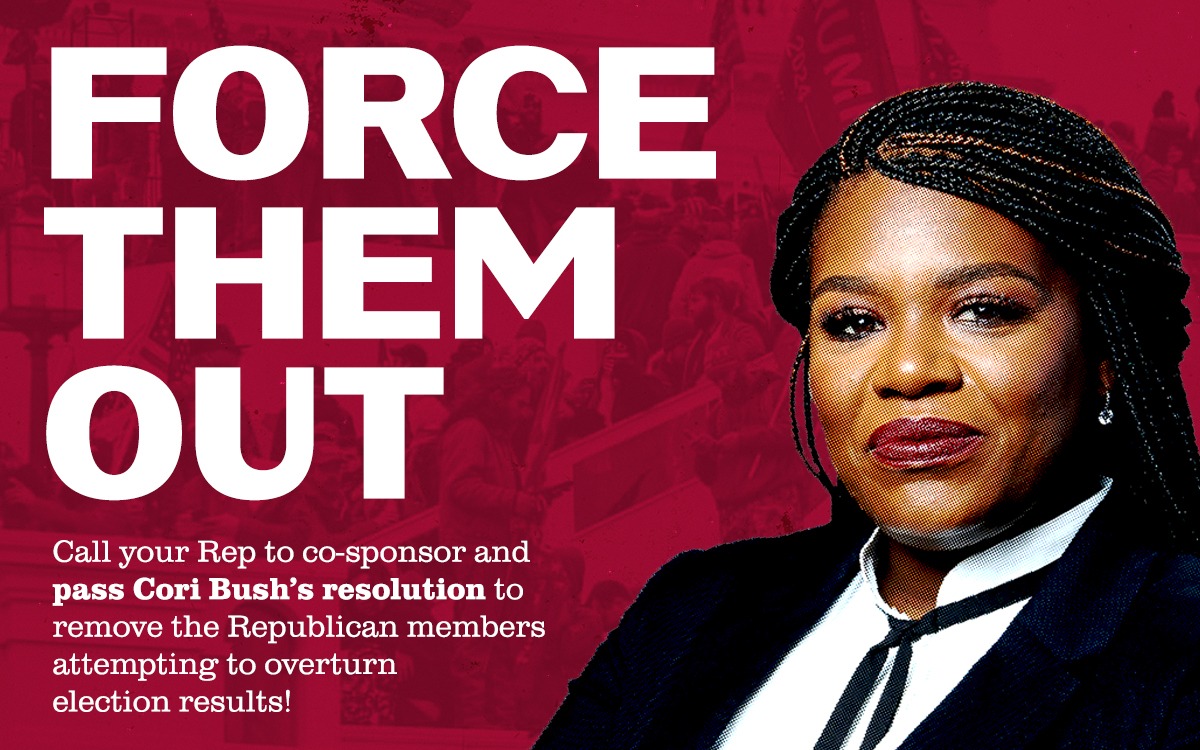 On January 6, 2021, an organized and violent right-wing mob, encouraged and legitimized by Trump himself, forcefully entered and occupied the Capitol Building in Washington D.C. as Congress prepared to certify the 2020 presidential election results. The stated aim of this violent action was to prevent Congress from “stealing” the election—a fraudulent narrative that Trump promoted both before and after the election. It was also a demonstration of the heart of the modern conservative movement: these Trump supporters, emboldened by Republican Party members, proudly carried symbols of white supremacy, bigotry, and nationalism while fraternizing with the police, who aided their efforts to enter the Capitol. This insurrection also resulted in 4 deaths, and in the increased exposure of Capitol workers and DC residents to COVID-19.

East Bay DSA condemns these events and demands that no quarter be given for fascist and white supremacist political organizations in the US or abroad. These attacks represent a basic affront to democracy, and we condemn Trump and the Republican Party, who have spent months attempting to delegitimize the election while stoking white supremacist violence and organization. We also condemn the DC police forces, institutions that regularly brutalize and arrest nonviolent anti-racist protestors and members of Black and Brown communities, but opened the gates for armed right-wingers—including former Oakland Police Officer Jurrell Snyder —to terrorize the Capitol. Yesterday’s events were not a glitch: the institution of policing was built to protect white supremacy and capital. We stand by our call to defund racist police forces in Oakland and beyond, and reject all attempts to use yesterday’s events as an excuse to increase police powers and funding - which would only be used to repress left movements and terrorize communities of color.

While we recognize that a far-right mob storming the Capitol was highly unlikely to overturn the results of the election, we feel strongly that the events of January 6th served to embolden and empower the dangerous far-right and white supremacist political currents in the U.S. today. Trumpism has given political expression to these toxic ideologies, but there is great potential for these movements to endure and evolve, even without Trump in the White House. Yesterday’s events also provided cover for a less vocal but equally complicit Republican Party establishment, headed by Mike Pence and Mitch McConnell and funded by large corporations, desperate to rebrand itself in a post Trump world. East Bay DSA stands vigorously against these enemies of democracy, racial justice, and socialism.

Capitalism, neoliberalism, white supremacy have gotten us into this mess. Trumpism and the Democratic Party have no alternative to offer, and only a mass socialist movement can chart a different path to the future we all need. We must rally to build anti-fascist united fronts everywhere to confront the right in large numbers and drive them off the streets.

We must redouble our efforts to build a grassroots socialist movement from below that fights for liberatory demands like a Green New Deal, Medicare for All, $15 and union, defunding the police, abolishing ICE, and an end to all wars. True democracy and freedom are only possible under socialism.

We applaud DSA member and Representative Cori Bush’s (MO-01) Resolution Condemning Republican Efforts to Overturn Election, which calls for Congress to formally condemn all attempts by the Republican Party to disenfranchise Black, Brown, and Indigenous voters in the 2020 elections. It also calls upon the House Committee on Ethics to launch an investigation into any members of Congress who sought to overturn the results of the 2020 election, with the possibility of sanction and removal from office. Far-right, white supremacists and those who embolden them should have no place in power.

East Bay DSA calls upon our local Representatives Mark DeSaulnier (CA-11), Barbara Lee (CA-13), Ro Khanna (CA-17), Mike Thompson (CA-05) and Eric Swalwell (CA-15) to co-sponsor Representative Bush’s resolution and stand against these attacks on democracy. We encourage our members and supporters to contact their Representatives to urge them to join Representative Bush in this effort. Find out how to make calls here!

Our main hope in the face of injustice and violence is organization. Yesterday showed us that the state will not fight white supremacists—not even under the guise of defending bourgeois democracy. Our power lies in numbers, and in building a mass movement able and willing to organize and fight for the lives, dignity and safety of the many—especially the most marginalized—over the profits of a few.

We invite all members and supporters to join our General meeting this Sunday and our next Direct Action Working Group training on January 16th-17th. Our General Meeting is a chance for us to practice the democracy we wish to see in our country. In light of the minimal repercussions to yesterday’s actions, it is incumbent on us to oppose right-wing violence, and our Direct Action training is designed to prepare folks for direct actions, be they counter-protests, marches, or sit-ins.

Lastly, we stand in solidarity with Metro DC DSA, and encourage DSA members to follow their leadership and calls to action in the lead up to inauguration.